Since the 1960s psychology researchers have known that people tend to make social judgments with a consistent bias: We’re more likely to attribute someone’s behavior to inherent personality traits than to the particulars of the situation. The guy who bumps into me on the sidewalk did so because he’s a dumb jerk, not because he’s rushing to the hospital to see his sick child. The driver is slow because she’s a feeble old lady, not because her engine is stalling.  Virginia Hughes

The article goes on to investigate the effect of stress on our tendency to this bias, called the fundamental attribution error.  Not surprisingly, stress increases this error.  The author makes the point that police officers and jurors in particular need to have fewer sources of stress in order to make appropriate judgments, but I would say teachers fall in this category too.  Will a stressed teacher say, "this student just can't succeed" or "that student doesn't have the ability" where a less stressed teacher would be more understanding?  In whose classroom will a student find a supportive learning environment?
at 9:30 AM No comments:

when the wifi goes down

On the third day of school the wifi refused to play nice.
Today we got a warning that there might be a maintenance related power outage during the school day.
No problem, I'm a physics teacher.  The ramps, spring scales, and pendulums still work when the network is down.

confession:  if the wifi goes down during my free periods, I don't sit and refresh web pages for 30 minutes.  I go outside and take a walk.
at 9:30 AM No comments:

my role in creating distrust

"I still don't trust them" I muttered.  and was immediately taken aback by the words out of my own mouth.  what had they done to give me any evidence for that belief?  What had I done that created an environment where I don't trust my own runners?

In the past, I've had a few bad experiences with the runners I've coached.  They've cut routes short, I've found them walking or they only start to run when I'm in sight.  They've missed practice without notifying me or left practice early without asking.  Nothing huge, but I definitely got the sense they didn't want to participate fully.

When these things happened my reaction was to remove privileges, reduce their workout choices or autonomy, and enforce strict attendance rules with complex late policies involving counting tardies that sum up to unexcused absences, and ridiculous cutoffs for what would be considered an excused absence.  None of these reactions encouraged my team to be their best, or even to participate more fully.  There were no chance to prove themselves trustworthy, just a bunch of hoops to jump through in order to obtain a sports credit.

Now I have a new co-coach and she's a lot more willing to give things a try before assuming that the runners can't handle it or won't act responsibly.  And even when I feel that distrust, there's generally no evidence that they didn't do what we asked them to do even if we weren't there to witness it.  It reminded me of another teacher who has a policy of removing the excuses for gaming the system.

For example, in the past runners would say they needed to go inside to get a drink from the water fountain, but then they wouldn't come back out.  We'd find them in the hallways hanging out until someone went inside to make them come back out so we could start practice.  I tried telling them to bring water bottles, but they didn't.  So I just told them you can't go inside, with the implication that if they wanted water they better come prepared.  Now my co-coach has recruited the managers to bring a jug of water to the practice site each day.  Now there is REALLY no reason to go inside "for a drink of water" AND runners are better hydrated for practice.
That's removing the excuses for bad behavior.

On the first day, I did nearly nothing technology related.  We analyzed some data together as a class, and took a before-and-after quiz on paper to save in folders until the end of the chapter.  One class had a long block and we used the extra fifteen minutes so they could enrol themselves in my moodle page.  so yeah, nearly nothing technology related.

Day two, however, I broke out the pear deck.  I planned to do a lab where they measure the force needed to pull a block up various length ramps to the same height above the table.  I used pear deck for all students in order to get them thinking about their predictions for the lab. 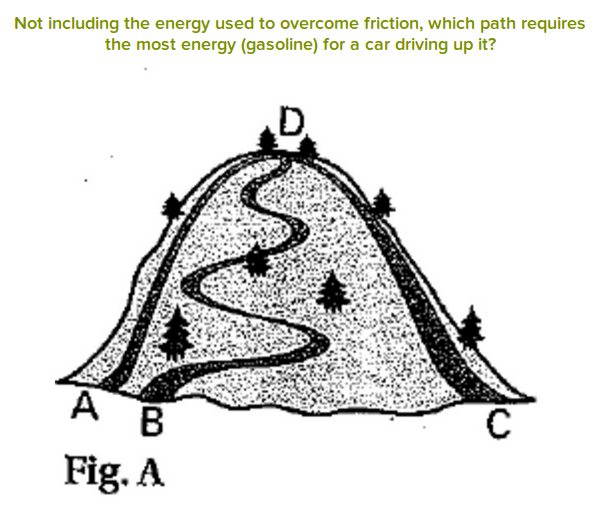